Review of Appleby and Honeybath by Michael Innes

Portrait painter, Charles Honeybath, is commissioned by members of the local hunt to paint a portrait of Terence Grinton, Master of Foxhounds. Honeybath goes to stay as a guest at Grinton Hall and spends some time trying to select a suitable setting for the portrait. There is one room at Grinton Hall that is never entered: the library, and 'the ghost of the library (if the expression isn't too strange a one) was somehow at large at Grinton. This was perhaps because Mr Grinton wasn't merely of a philistine temperament and indifferent to books. He hated them, particularly if their authors had names like Pliny or Julius Caesar.' Despite this, Honeybath thinks that the contrast of erudition and Grinton's ruddy complexion and hunting clothes may prove an interesting artistic challenge and seeks out the library..
When Honeybath enters the library he finds a man sitting there and apologises for disturbing him. 'the eminent painter (whose unflawed courtesy was an unobtrusive part of his make-up) was about to withdraw as quietly as might be when he realized that something was wrong. He walked up to the seated figure, touched a hand, with his own hand made a small gesture before open and unblinking eyes, and saw that he was almost certainly in the presence of a dead man. This was a shock. There was a greater shock when he took in the expression frozen, as it were, upon the dead man's face. It could be described only as exhibiting malign glee.'
Honeybath immediately leaves the library, locking the door behind him and goes to seek his host. On the way, he is fortunate to encounter his friend and fellow guest John Appleby, retired Assistant Commissioner of the Metropolitan Police. They return to the library together and, to Honeybath's confusion and dismay, the body has vanished. Honeybath is afraid that people will doubt his sanity but after searching the library and guided by the smell of toasted cheese, Appleby and Honeybath find a concealed door which leads to some rough rooms, once quarters for outdoors servants, one of which is roughly furnished and bearing the remains of a simple meal. This time both Appleby and Honeybath go to tell Terence Grinton of their discoveries but when they return, accompanied by Grinton and Inspector Denver of the local police, the body is still missing and all sign that the servant's room has been occupied has disappeared as well.
What follows is a lively romp through many of the conventions of mystery writing: a locked room mystery, an 18th Century, literary secret from the time when Terence Grinton's ancestor, Jonathan Grinton, had 'entertained at Grinton Hall somebody referred to by Terence Grinton as 'a little chappie called Pope.' Indeed, at times, the story resembles a game of Cluedo, especially as one of the guests at Grinton Hall is an irritating woman who claims to be clairvoyant and rejoices in the name of Mrs Mustard.
The story culminates in a classic gathering together of all the suspects so that Appleby can run through the case as it stands and reveal the truth behind the death and the other strange events. Even this summation is treated to Innes' witty humour, as when Appleby pauses in his somewhat lengthy explanation and says, '”We are finished, however, with the events of the afternoon. The events of the night are to follow.”
“But quite a lot more happened yesterday afternoon.” Dolly Grinton broke in with this rather as if accused of having provided insufficient entertainment for her guests. “We all heard about Mr Honeybath finding a body, and Terence told me to send for Mr Denver, and statements were taken, and goodness knows what.”'
Appleby and Honeybath is an intriguing mystery, with literary clues, and lively characters. Because Appleby and Honeybath are both likeable characters the tone of the book is warmer than some of Innes' other mysteries and the wit and humour make it a very enjoyable read. 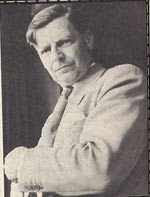 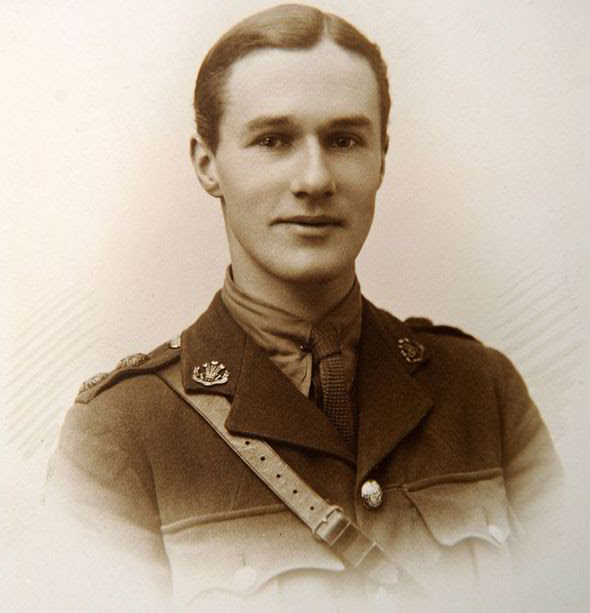 Posted by Carol Westron at 21:33 No comments:

When AA Milne is mentioned most people think of Winnie the Pooh, a few may think of his humorous writings for Punch, but like so many great writers of the time, Milne also had a hankering towards detective fiction. His country house, murder mystery, The Red House is a Golden Age classic and it is interesting to speculate what work might have been produced if he had continued in a fictional life of crime.
Also relevant in the year that marks the centenary of the outbreak of the Great War is Milne's War Poetry. He was a serving officer throughout the War, although invalided out of the trenches, and it is clear the horrors of war left its mark on him as it did in so many men who survived.

Alan Alexander Milne was born in Hampstead in 1882. He attended a small public school run by his father and, for a short while, was taught there by HG Wells who was a master at the school from 1889-1890. Later Milne attended Westminster School and Trinity College, Cambridge, where he studied mathematics. While at Cambridge he edited and wrote for Granta, a student magazine. Many of the articles were a collaboration with his brother, Kenneth, and were published under their combined initials AKM. It was at this time that Milne's work was noticed by staff at the leading humorous magazine of the time, Punch, who offered Milne the opportunity to write for them.
As soon as he left Cambridge in 1903, Milne was employed to write humorous verse and whimsical essays for Punch. In 1906, still only aged twenty-four, he became an assistant editor. During the ten years after leaving university, Milne's literary output was impressive and diverse. He wrote plays, articles, poetry and short stories and his input helped to transform the somewhat ponderous humour that had become an intrinsic part of Punch. His career as a playwright was especially close to his heart, as he wished to emulate his hero JM Barrie.
In 1913 Milne married Dorothy “Daphne” de Sellincourt and they remained married until his death. In 1914 Milne's employment with Punch (although not his literary output) was interrupted by the outbreak of the First World War. Milne served as an officer in the Royal Warwickshire Regiment until trench fever caused him to be transferred to the Royal Corps of Signals. In the later years of the War he was recruited into Military Intelligence to write propaganda articles. Milne hated this job and felt deep shame at being employed to spread lies about German atrocities and to conceal corruption in Government, Industrialists profiting from the War and senior Military incompetence. He wrote several War Poems, all of them light in tone but which, in Milne's own whimsical manner, spoke out against the futility and exhaustion of War and the serving officers' longing for peace.

Oh, I'm tired of the noise and the turmoil of battle,
And I'm even upset by the lowing of cattle,
And the clang of the bluebells is death to my liver,
And the roar of the dandelion gives me a shiver,
And a glacier, in movement, is much too exciting,
And I'm nervous, when standing on one, of alighting--
Give me Peace; that is all, that is all that I seek ...
Say, starting on Saturday week.'
From A Full Heart first published in Punch and then part of the collection of poems, columns and short stories published as The Sunny Side (1921.)

Tomorrow I will publish my review of The Red House Mystery.
Posted by Carol Westron at 17:07 No comments: