Writing 'About the Children' 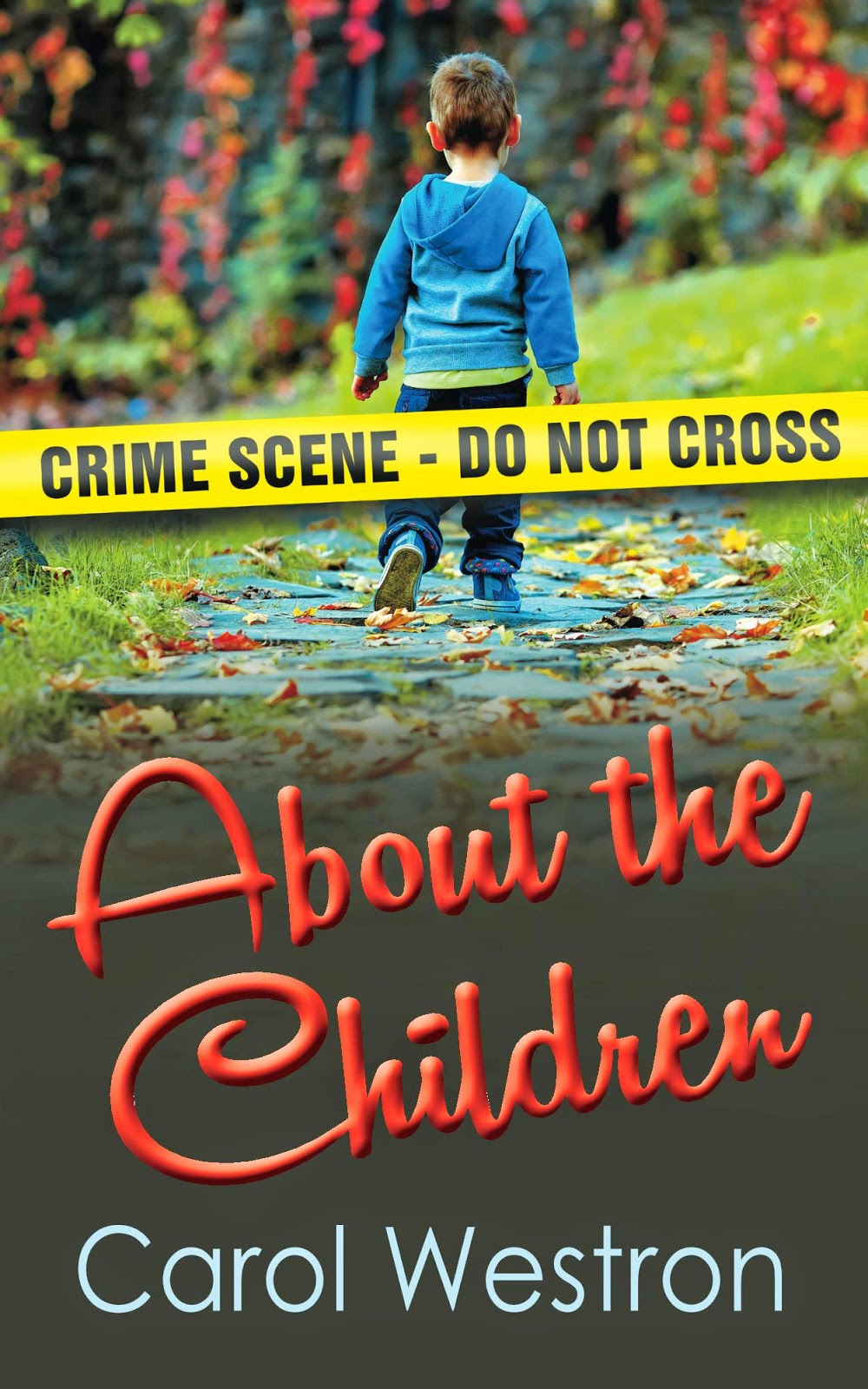 'Where do you get the ideas for your books?' 'How do you start?' I've been asked these questions frequently, especially by my Creative Writing students, and they are tricky questions to answer. The starting points are so varied and so hard to pinpoint; not to mention that the starting point of the book in First Draught can often be moved further back in the editing process or even be eliminated altogether.
In About the Children, the first inspiration came to me in Paris, in a garden near the Seine, where I saw a young couple kissing on a bench. The girl was kneeling, straddling her partner, and it was only when they moved apart that I realised that they were both women. A little while later, a different girl walked past me, wearing jewelled tear-drop make-up. The two images combined and (after a period of thinking 'nice little scene, what are you going to do with it?') they became Sophie and Colleen, embracing in a suburban English park. In the first draught, the book opened before the shootings and there were two chapters of description leading up to the deaths. There was some nice descriptive writing in there but I'm pretty certain that, if it had stayed, I'd have lost 75% of my readers before the first shots were fired. I realised that I'd been using the first few chapters to write myself into the book, and that was fine. Some people plot meticulously, I go with the flow of the writing. Sometimes I hit the right starting point at the first shot, sometimes not.
Talking of shots, let's get back to About the Children. I found myself with an opening scene of two children shot in a suburban park. 'The two boys lay sprawled and broken, like fledglings that had fallen from the nest.' The moment I wrote those words I knew that they were right and they haven't changed, whatever else has.
And who was the Senior Investigating Officer looking down on them? His name came quite easily... Tyler... Kev Tyler, usually referred to by his surname and only ever called Kevin by his ex-wife and his mother. Everything I knew about Tyler could be summed up in two words: 'intelligence' and 'integrity'. I soon discovered other features: his ambition and single-mindedness; his love of good literature, which he kept concealed from his colleagues; his deeply hidden, basic insecurity. One thing I was certain of: Tyler's personal life was empty but he wasn't going to destroy all he had achieved by going off the rails.
Tyler's instinct to recall lines of poetry when he is under stress was great fun to write. What better excuse to read through lots of well-loved poetry books? However, I had to tread carefully, that sort of quirk can become irritating or farcical if over-used. In the end, I chose all long-dead poets. With the short quotes I was using I should have been okay but the last thing an Indie writer (or any writer) needs is to fall foul of copyright laws.
Detective Inspector Gill Martin, Tyler's temporary second-in-command, was harder to get to know than Tyler. Possibly she stood in his shadow, or maybe because she's a private person who didn't wish to be known. However, as soon as I got inside her head, she was very easy to write.
The rest of the team were fun to write, especially Detective Sergeant Kerry Buller, loud and opinionated and always one step ahead of everybody else with the gossip. Detective Sergeant Luke Warden was even easier to write. While Tyler was in the US (before the start of About the Children) he'd been seconded to another team and joined Scene of Crimes Officer Mia Trent to play a part in an investigation in a nearby town, which is told in The Terminal Velocity of Cats.
For several draughts of About the Children I had an insertion between every chapter, which told the story in the First Person Viewpoint of other characters. In many ways it worked: I certainly got to know my minor characters and their motivation very well; but it slowed down the pace, and possibly gave too much away. I removed all the central inserts but left the beginning and end ones as a very short prologue and epilogue, because I felt it was essential the disempowered children had a voice.
Titles are very important to me and I struggled for a long time with the title for this book. The story addresses the deepest fear any parent can have and I drew my fundamental, emotional inspiration from The Death of Children, Richard Burns' harrowing poem about the holocaust. In the end I heard Tom Paxton singing a song about divorce, with the chorus, 'No worries any more about the children.' I thought, 'Of course, that's the central theme of this book, it's About the Children.'
I absolutely love the cover, designed for the book by my colleague, Chris Hammacott of the Art of Communication. We'd already agreed that all my contemporary crime would have a yellow Crime Scene tape across them to set the brand. I gave Chris a very out-of-focus picture of a child walking away and said, 'Sort of like that, please.' She found a much better picture of a younger child and worked her magic with colour and style. It's such a joy to have covers that I can feel proud of and I love it when people stop and comment on them because they're so eye-catching.
Posted by Carol Westron at 16:46